An Innovative Thought About Innovation

To make a successful movie today, you don’t need to be innovative. You need to have a great script, strong acting and engaging photography. Yes, there were thousands of technical and artistic innovations along the way that made modern filmmaking possible, but that doesn’t mean you need to do anything “new and different” to make a successful film. Creativity and craft will carry you through.

To write a novel I simply need talent and typing skills. With some effort and editing, a great piece of literature can emerge with absolutely zero innovation on my part. Just creativity.

Does a song need to be innovative to be a hit? What’s wrong with merely enjoyable?

So what about our industry?

The big leaps that have happened in the creative world were rarely due to innovation. It could be argued that the pairing of writers and art directors was an innovation, but maybe that was just the codification of something that already existed. Creative partnerships have been the norm for millennia. Was it innovation when Paul McCartney started writing music with John Lennon? To further that argument, I’ll point out that the agency cultures that generate the most creativity today do so by putting into practice what has been known for a long time rather than innovating new ways to work. Once populated with diverse and talented people, a good creative culture will give a team the time, the inspiration and the focus necessary to do well. And when time is tight, perhaps we find clever ways to add more inspiration and more focus. But is that innovation? Aren’t we really talking about good creative leadership?

What about innovation in the realm of business model or product? Is Google’s Driverless Car an act of creativity? Or is it engineering? Is Uber a creative idea or a business innovation?

One of my favorite stories about the difference between creativity and innovation comes out of the US/USSR space race. During Glasnost, a group of American astronauts and Russian Cosmonauts convened to discuss “innovation.” The Americans were very proud of all of the technology that was developed for NASA. One device, in particular, was cited: The Fisher Space Pen. Because a normal pen depends on gravity to produce the flow of ink, an alternative was needed for the moon missions. The Space Pen employed a specially developed pressurized cartridge to push the ink. However, that created another problem. The pressurized ink tended to spray out of the pen. So a new, rubberized, viscous ink was developed. After millions of dollars in R&D, the world had a pen that could write in zero gravity, in very hot conditions, in extreme cold and with a revolutionary ink formulation that resisted water and other solvents.

The Russians nodded; they were impressed with the American story. After a beat, they responded proudly, “We, too, realized that a normal pen would not write in zero gravity. So we brought a pencil.”

The anecdote is not completely true (the American engineers knew about the pencil and had good reasons for ruling it out), but the story makes a nice point.

Albert Einstein had a line about this that I love: “Make your solution as simple as possible, but no simpler.” I find that most innovation regarding “creativity” unhelpfully diverts energy from making the product interesting in favor of making the process interesting. Really, do we even need a better process?

In Hegarty on Creativity, John Hegarty writes, “That’s why a brainstorming session is a complete and utter waste of time for the truly creative person. The idea that, say at ten o’clock on Thursday morning, you can attend a meeting and suddenly be creative is ridiculous. Creativity doesn’t work like that.”

What’s the value of TV ads in a digital age? 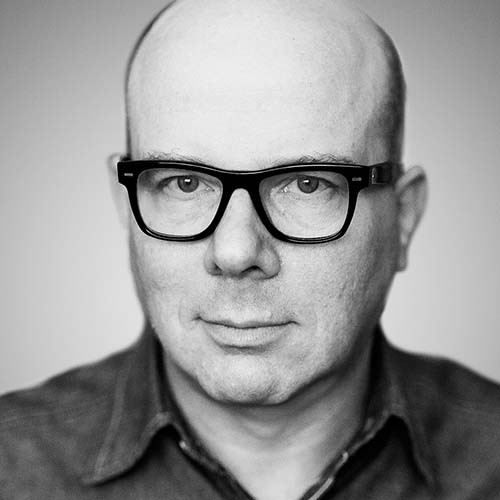 Rain the Growth Agency Forms Integrated Media Investment and Planning Team, Promotes From Within
Rain the Growth Agency Supports Launch of Virtual Daycare Educational Series: “The Fab Lab with Crazy Aunt Lindsey”
A DTC Advertising Action Plan: Effective Ad Management Through Coronavirus Turmoil
How to scale an e‑commerce business with TV
How Can Persuasion Occur in a Distrustful World?
Forget Everything You Know About Your Customers