OTT: Is It TV Or Digital?

OTT (over-the-top content) is racing ahead in relevance and frequency, and there’s no signs of it slowing down anytime soon, which might be to the advertising industry’s chagrin.

The industry famous for coining labels that last seems to struggle with how to categorize OTT content and figure out what to do with it. Just identifying where it belongs is a challenge from a budgeting, and department standpoint within both agencies and brands.

So here’s the question: Is it TV or is it digital?

People much smarter than me have pointed out that the advertising world is now all about video, independent of device, so the question is actually moot. It’s one grand strategy.

And yet — God forbid these same people try to sell OTT advertising, or develop a practical business strategy for growing an OTT network. If they did, they would be singing a different tune.

Ask OTT ad sales execs what’s their first step in selling it. Chances are, they’ll say, “Figuring out who to even talk to.” They’ll then describe a pinball-like process of identifying who owns OTT in any agency or brand organization so they can at least show the first round of PowerPoint slides.

The reality is that advertising is still generally divided into “TV” and “digital” when it comes to getting business done, and the integration points tend to sit high up — with the CMO, vice president of marketing, and agency execs.

This environment has also fostered a competitive atmosphere, where the two groups may not come together easily on strategy or decisions. They might not even get along. The digital folks might say, “People still watch TV? I thought TV advertising died a decade ago. My friend so-and-so doesn’t even have a TV. Prepare for the TV apocalypse.”

The TV folks will counter with something like, “Call me when the ad unit is bigger than my pinky and it’s not annoying. Try watching the Super Bowl on your phone. Oh, and if you need me, I’ll be in Cannes.”

It’s been 25 years since the dawn of the commercial Internet, but sometimes it feels like two months.

Which brings us back to the task at hand: Is OTT digital or is it TV? I heard about one global ad network where the TV and digital groups each demand that the other group take on OTT. It was described to me as a “jump ball” where no one jumps. The opposite can also happen where groups turn it into turf.

The problem is that to take it on and manage it effectively, there are barriers for each group. OTT feels like TV because it’s “premium content” where ad viewability and fraud are generally not an issue. The challenge for the TV folks is that impression delivery is tracked using digital tools, and there are always some digital device impressions to muck things up.

OTT also feels like digital because OTT content is delivered over the Internet instead of the coax cable from satellite and cable TV companies. Yet, digital groups can’t manage the buy the same way as other digital campaigns because much of the ad inventory can stream on connected TVs — which completely breaks down engagement and attribution tracking.

To both groups, it feels both familiar and also a little alien.

I heard about one agency that created a third group to deal with the more digital forms of TV, but that feels like moving backward if we are trying to get to one group focused on “video.” In the same way, this also goes for lumping it under a title like “innovation” or “emerging” media. Consumers are way beyond experimenting with OTT, so it’s time that we move on as well.

Until there is a consolidated video strategy able to magically bring everyone together, we need something simple to resolve this issue.

What this means is that YouTube, where most impressions are delivered on digital devices, is deemed “digital,” as it has been for a long time — plus, it happens to be owned by Google. Hulu and Roku, where impressions are 75%-80% consumed on connected TVs, is deemed “TV.”

This system may not be perfect, but maybe it’s just simple enough that everyone can get on with integrating more OTT into their plans. It’ll be interesting to see if OTT will end up being the catalyst for TV and digital teams working more closely together, maybe eventually forming a single video-centric team.

Certainly, there are pressures on both groups to adapt and change. Significant drops in live viewership among 12-17 and 18-34 are clouding the future of traditional TV. Likewise, the continued growing dominance of Facebook and Google, with 85%+ market share in digital media, is squeezing out a digital team’s ability to add strategic value. So whatever you want to label it, OTT could be the ticket to better days ahead for both TV and digital. 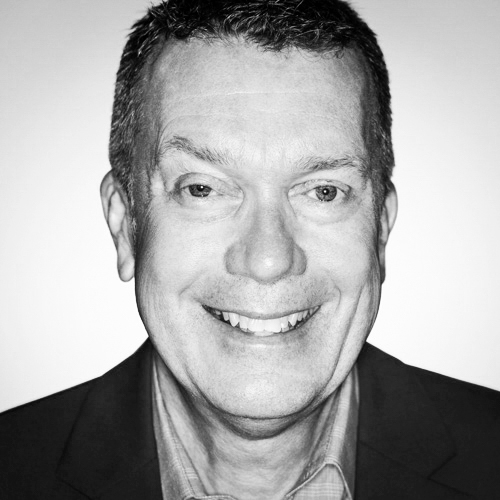