Now Hear This: Podcasts are Here to Stay

2017 has been a year of widespread change, but if there’s one certainty in the world of media, it’s that podcasts are here to stay. Not only has ad revenue grown 85% year on year, but from 2012 to 2015 the sheer number of podcasts in existence has more than doubled. That’s no small feat, and brands are taking notice. Individuals and companies are constantly creating new content and steadily increasing the number of available media impressions. There isn’t a finite amount of inventory here like in offline media, and as a result, we’re seeing that podcasts are following in the footsteps of digital advertising trends. In the past, this space focused on endemic content and host reads, with low trackability and organic—but highly manual—integrations. Today, technology allows dynamic insertion using pre-recorded spots, buys are more turn-key, and audience verification is becoming mainstream. All of these factors indicate a space with massive scale potential.

Not only has ad revenue grown 85% year on year, but from 2012 to 2015 the sheer number of podcasts in existence has more than doubled.

In addition to the technical aspect, the power of endorsement by a trusted host can drive an immediately tangible response for brands, and the sheer volume of podcast content creates an opportunity for everyone to find a match (or even create their own!) based on their interests. Furthermore, podcast hosts and companies have taken vast steps in improving production value, meaning their appeal continues to increase. As we’ve seen across media, this is a cyclical process. The larger a medium gets, the more ad revenue it brings in—and when there’s more room to breathe in the budget, there is higher quality product for more consumers to enjoy.

Podcast advertising is a great jumping off point for high growth, transactional focused companies that are just beginning to market themselves beyond digital channels; the price point tends to be much lower than traditional offline advertising. That said, companies are creating syndicated research tools that offer audience analysis, and the IAB has taken enormous strides toward developing standardized audience measurement and validation. This visibility opens the door for large brand advertisers whose KPIs are generally based on verified reach and audience delivery. Once the brand space fully embraces this platform, its growth will only continue as the pool of potential advertisers explodes.

Another impact of these increased research capabilities is that advertisers can (and should) dig into where their consumer is likely to listen and which placements are the right fit. In its infancy, planning and buying podcasts relied on booking shows based on experience or an obvious content fit, and the lack of tangible data left agencies and clients to make partially-informed decisions. Cutting edge tools and technologies that are being developed by industry giants as they take notice of the podcast space have made it possible for us to remove the guesswork, and speak to a consumer segment where the data is showing that they’re tuning in. This only increases the likelihood of response, and thus becoming a long-term advertiser.

Just browse through iTunes top podcasts list and you’ll see almost an unsettling amount of true crime series—Serial being the first of many.

We know what’s making listeners tune in, but if podcasting itself is on an upward trajectory, how do we identify the shows within the space that will do the same? We’re seeing investigative journalism flourish in this medium. Just browse through iTunes top podcasts list and you’ll see almost an unsettling amount of true crime series—Serial being the first of many. Furthermore, podcasts are a space where liberal political talk shows have begun to shine. Take Pod Save America—not only did the hosts score an interview with Barack Obama on his last day in office, but the show that could have just remained a hobby has become a platform for an activist generation that was seemingly under-represented in major media. This is in complete juxtaposition to terrestrial radio which is home to predominantly conservative personalities and their constituents.

As podcasts grow and evolve, it’s evident that they aren’t a contained medium; there’s buzz about these hosts and series across TV, radio, and social media. Some podcasts are even being adapted into their own television shows! This is truly an evolution of media types that have come before it, which only adds to the appeal. Ultimately, the podcast space combines the best of the digital programmatic world (using newer dynamic insertion technologies) with TV-like premium content, and the accessibility of audio—and this multidimensional quality has us convinced that it will be a permanent fixture for brands and listeners alike.

How Peloton is Marketing a $2,000 Bike Beyond the Rich 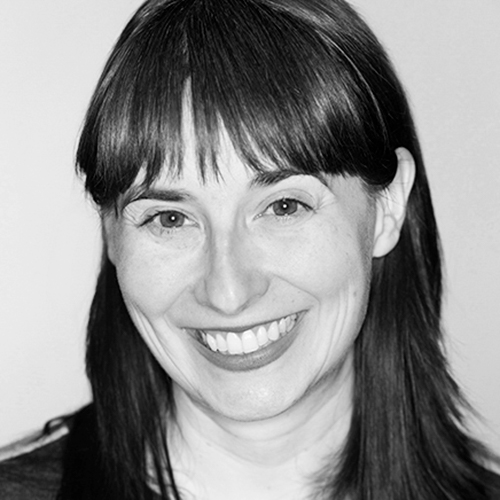