The concept of mirrors and windows is often used to describe the lack of representation in media. A mirror reflects your culture and identity and validates your experience, while a window provides a view into other experiences that don’t feel familiar.

Black women have had almost no mirrors in mainstream media, which often reflects stereotypes rather than their beauty and complexity, leaving them feeling devalued and inaccurately portrayed. But while 2020 has been a tumultuous year, it’s led to more mirrors in the media for Black women. In my pursuit of relentless optimism, I do see the industry attempting to evolve.

The work is by no means finished, but we should celebrate what we’ve achieved.

My coffee table is filled with magazines including Time, Vogue, Elle, Essence and Shape with Black women on every cover — activists, entertainers, business women and politicians. Before this year, I could never find multiple magazines hailing the success of Black women.

In May, I attended a diversity and inclusion summit. I was looking forward to hearing Netflix CMO Bozoma St. John, who is a crystal clear mirror for Black women, speak. The summit took place just after George Floyd was killed, and Black people’s pain and anger was raw, acute and acidic. I was struggling to be mentally present at work, and hoped the event would acknowledge the pain.

St. John did just that, using her interview as a window into what Black Americans were feeling by openly expressing her anger, sadness and frustration. There were no filters on her frank and passionate call to action to the industry and the country. I cried watching her interview. I felt seen.

As I reflect on this year, more moments stand out as mirrors.

1. To watch Abby Philip’s flawless rise on CNN during a brutal election season was refreshing and inspiring. Her reporting and co-moderating of the Democratic debate required nerves of steel and limitless energy. She showed us that her political intellect, poise and passion are unmatched.

2. The self care app Shine launched its first brand campaign acknowledging and destigmatizing mental wellness for people of color. Black women are often ignored in the wellness space. It was one of the first ads I’ve seen that acknowledged acute stress and anxiety Black women face. They see us, they hear us, they are us.

3. Mattel has made strides to make the Barbie brand more diverse and inclusive through hair textures, skin colors and body types. When the brand leveraged its platform to elevate Black women’s voices and talk honestly about white privilege this year, it became a mirror and a window for little girls everywhere. It also made my holiday shopping list.

4. In her first campaign with Athleta, G.O.A.T track athlete Allyson Felix, who has won the most Olympic gold medals ever for a man or a woman, was able to bring her full self to work. The campaign highlights that motherhood has only made her stronger.

5. Zendaya was the youngest woman to ever win outstanding lead actress at the Emmys this year. She her award with her gorgeous family celebrating in the background, and in her speech, she thanked her peers who are doing real work in the streets, giving credit to the gen-Zers who are so much more than we give them credit for.

6. When Dara Treseder joined Peloton as SVP and head of global marketing and communications, the impact was immediate and tangible. Less than four months on the job, she gave us the ultimate in flawless reflection: Beyonce and an HBCU partnership. Seeing people who look like you working for coveted and inclusive brands is the mirror Black women need.

7. Beats by Dre’s ad You Love Me was written by Lena Waithe, directed by Melina Matsoukas and featured music curated by Solange Knowles. This talented trifecta are not just mirrors, but amplifiers of the Black experience. The commercial is so beautiful, invigorating and raw in how it reflects the divine resilience of Black people, imagining a world where brands love us as much as the revenue our culture creates.

But the most impactful mirror in my lifetime is Madam Vice President-elect Kamala Harris, who balanced warmth and compassion with unwavering leadership throughout her entire campaign. Her iconic “I’m speaking” moment in the Vice Presidential debates reflected the experience of women in workplaces across the nation. She crashed through the foggy glass ceiling and promised to clear the path for other women.

I watched her acceptance speech with my four-year-old daughter and when she acknowledged and thanked Black women, I cried, while she shrieked, “that’s us!” After a lifetime of windows, this mirror validated our existence, experiences and impact.

Turns out Black girls aren’t just magic. We are real.

Mercari Named the New Title Sponsor of the Texas Bowl 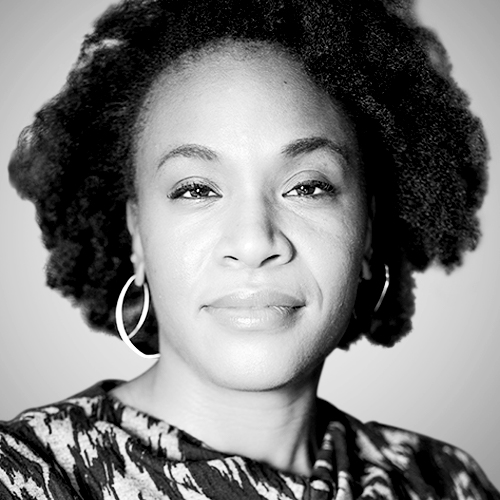